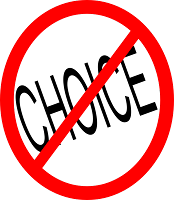 This point is not directed at all protestant evangelicals... but I am concerned at the level of influence Calvinism has. I’m concerned many are being influenced by this school of thought without understanding it.

So what are the 5 points of Calvinism (TULIP):
Total Depravity

When man fell, sin permeated his entire being. This fall was so complete that man had no desire for God and righteousness. Man is so totally enslaved by sin that he can only choose evil; he cannot choose good. He is incapable of choosing God and His salvation. Man is totally blind and deaf to the gospel. Apart from a supernatural intervention from God, the gospel message absolutely has no effect on a person. Total depravity is also called total inability.

God limited His atonement to only those who are elect. When Jesus died on the cross, He did not die for the sins of the whole world; He only died for those He wanted to go to Heaven.

The grace that God extends to the elect cannot be refused. God puts into the hearts of the elect an irresistible desire to turn to Him and accept His salvation. This desire is so overpowering that no one can refuse it.

Perseverance of the Saints

Since God has determined who will get saved and they cannot resist His call, they are unconditionally and eternally secure in that election. Therefore, those who have been chosen to be saved will always stay saved. They cannot resist or lose their salvation.

(Above points taken from http://www.biblehelp.org/tulip.htm )

Some Concerns I have with this:

3) Where is free will? Why would God create humanity yet not allow us to exercise free will?

4) If God does everything, we don't need to seek and pursue Him?

5) How I've witnessed "once saved always saved" being applied goes like this: We tell children when they say a prayer that they are saved and nothing can change that fact... but then if/when that child grows up and falls away from the faith we say "well, I guess they were not really saved to begin with... maybe they didn't mean it".

6) Yes there are some verses that support these positions. But there are other verses that seem to be ignored. If God wanted us to believe this system of beliefs I think it would have been clearly laid out... however it took 1500 years before John Calvin and his followers came up with this.

And without faith it is impossible to please God, because anyone who comes to him must believe that he exists and that he rewards those who earnestly seek him.

The Lord is not slow in keeping his promise, as some understand slowness. He is patient with you, not wanting anyone to perish, but everyone to come to repentance.

He is the atoning sacrifice for our sins, and not only for ours but also for the sins of the whole world.

"O Jerusalem, Jerusalem, you who kill the prophets and stone those sent to you, how often I have longed to gather your children together, as a hen gathers her chicks under her wings, but you were not willing."

"In the past God overlooked such ignorance, but now he commands all people everywhere to repent."

"But seek first his kingdom and his righteousness, and all these things will be given to you as well."

Email ThisBlogThis!Share to TwitterShare to FacebookShare to Pinterest
Labels: Calvinism, My 95 Thesis

I'm sure Calvin was a good guy, and all that, but I find that his tulips don't reflect the grace and mercy I see in Jesus.

I've got a long ways to go (as do we all) in knowing Jesus as he really is. But I don't think tulips help me go in the right direction.

It's good of you to look for the good in Calvin, and I'm sure there was some good as well...

But I'm not sure if he was known for his goodness either... I know you can't believe everything on the internet, but there are enough people making claims like this to give me the impression he wasn't know for being a mother Theressa:

"From 1541 to 1546, John Calvin caused 58 people to be executed and seventy six were exiled. His victims ranged in age from 16 to 80. The most common capital offense was the opposition to infant baptism. Today, baptism only for accountable believers, is a Baptist distinctive. In Calvin's time it was punished either by drowning, a drawn out and slow burning at the stake, or beheading. All this was done in public, with city residents compelled to watch the butchery. The executions were spaced out so as to exert a continuing policy of fear and terror. Others were killed for advocating local church autonomy; opposing the tie-in of church and state: and preaching that Christ died for all sinners (unlimited atonement). Press censorship continued in Geneva until the eighteenth century."
http://www.1timothy4-13.com/files/bible/calvin.html

However my issue isn't with the man Calvin, it's with how his message is influencing people impression of who God is. I agree with you that tulip has not helped my relationship with my Lord.

My comment that: "I'm sure Calvin was a good guy" was not based on anything but an easy attempt at Christian charity. Having now read your story of executions (inquisitions?) does add a bit more light on the subject!

Your thought: "how his message is influencing people impression of who God is." is entirely valid. I am in the middle of Brian McLaren's latest 'A new kind of Christianity', and he speaks of a common tendency to view Jesus backwards--starting today, and looking back through all of the theologians and reformers of the past 2 millennia. This is bound to cast Jesus in a less than pure light. Instead, McLaren urges us to start at Adam and move forward through the stories of the OT. This puts Jesus in the right spot historically, and lets us see him as the fullness of the unfolding of God that had been happening since Adam. In other words, Calvin isn't the place to start to find out who God is, Jesus is the place to start.

Hi - have a look at some of John Piper's stuff - www.desiringgod.org. Seems to have a well substantiated, loving and gracious perspective of Calvinism. Many books have been written on this, so I'm not sure your blog covers the relevant issues.