Winds of Next Reformation 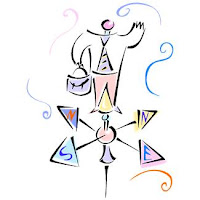 Some of us sense the winds of change in the church, a second reformation. From my side of reading church history it looks like the first reformation accomplished some good.  There were also some negative results.  If we are entering a second reformation how can we navigate the good and the bad that may come?  What might it look like?

Some good from the first reformation:

Some negative results of the first reformation:

It was a painful time for the church, yet 500 years later, for the most part we are thankful for the results of the reformation.  We should recognize that the Catholic church has also undergone reformations of it's own.

Some good I believe may come during the next reformation. These are some common themes I keep reading in other peoples books and blogs:

Concerns during this reformation:


Am I just imagining this movement taking traction?

Am I missing any key currents of change?

I'd love to hear your thoughts.

I wish I had your optimism for a second Reformation.

I would love to see it happen, but I think that the old sinner in us just won't allow for that kind of real freedom in the church.

Jesus said, "when the Son of Man returns with His holy angels, will He find faith?"

I do believe there will be plenty of self-focused, ladder-climbing religion. (there has always been lots of that).

But faith...that's a whole nuther matter.

We have been preaching the sole sufficiency of Christ, alone, for close to 50 years in our church. And we have always struggled to keep the doors open. Meanwhile, the mega-churches around us who are all about a cooperative venture with God, are filled to the brim with thousands who LOVE the religious project.

I don't really see a reformation as much as a restoration. I'm thinking that the talk against the ic, the various books put put about, and other messages are simply birth pangs, A precursor sent to prepare people for something God's going to do.